Gloria Swanson gown from "What a Widow!" designed by Rene Hubert, 1930

This is the earliest piece in my collection, for costumes or posters, so I thought it would make for a great first post. It's an art deco style gown with matching jacket worn by Gloria Swanson in "What a Widow!" made in 1930 by her production company and released through United Artists.

In addition to being a great actress and movie star, Swanson was one of the leading fashion figures of her day, and was known for her sense of style throughout her life. This gown really reflects her glamour and the era it was worn in. It's actually pretty amzing that it still survives! It was sold at her estate sale in 1983 and has been looked after since then. And it's nice to know that she valued it enough to save it her entire life. Very few pieces survive from the silent and early sound films aside from what the stars saved themselves.

"What a Widow!" is unfortunately now a lost film and one of the most famous among them, not only because it starred Swanson who's a superstar of the era, but because it was financed by Joseph Kennedy who had a well publicized affair with her at the time. Hopefully a copy of it surfaces someday. The movie was released internationally, and lost films have turned up in vaults in Europe before, so there's a possibility. Thankfully photos still exist, as well as this great gown. 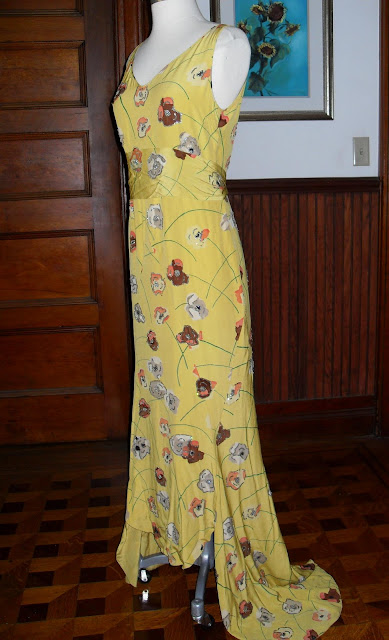 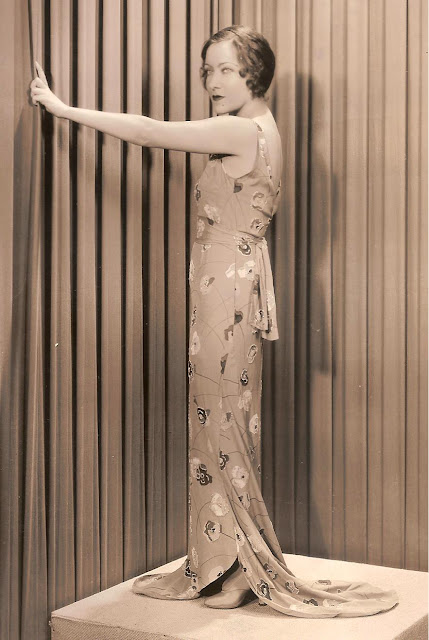 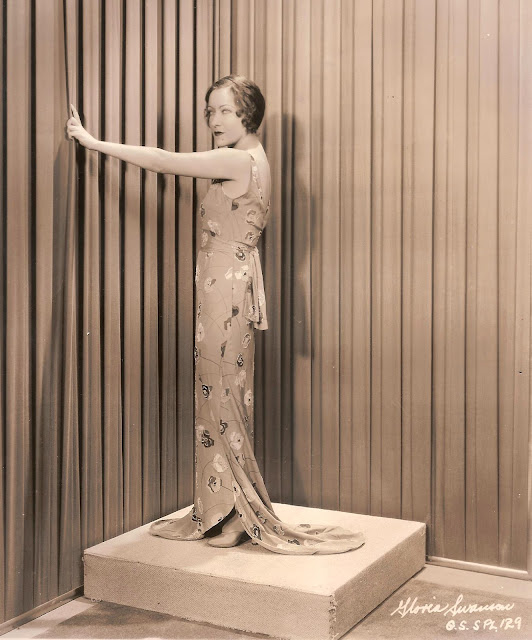 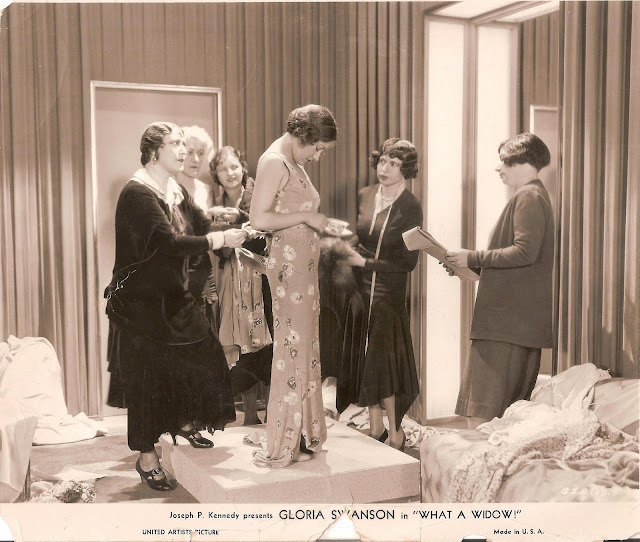 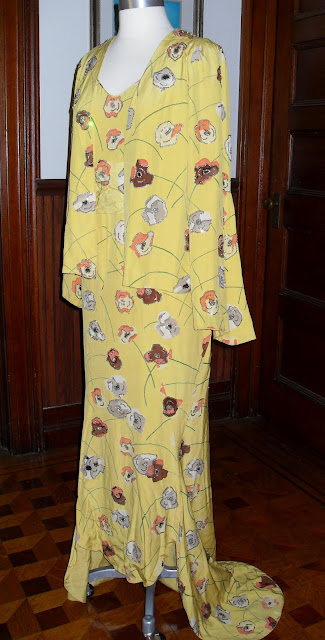 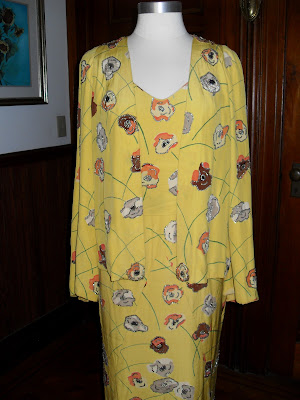 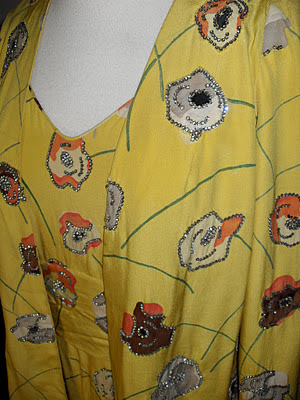 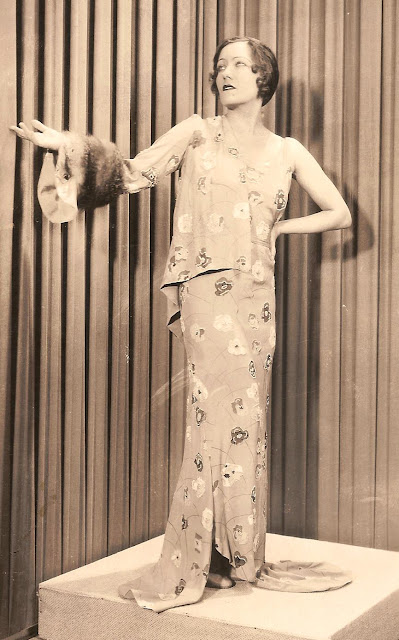 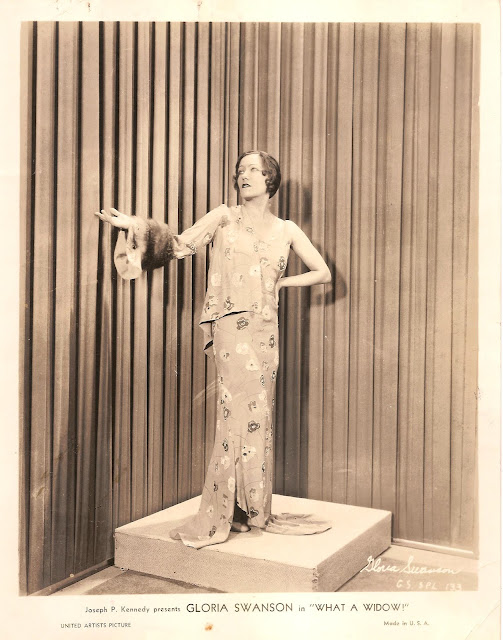 The gown is made of yellow silk with a floral print and there are tiny rhinestones in a scroll pattern within the flowers. It is also lined with a fine yellow silk. The sash is separate, worn tied around the back of the waist. The bottom train is cut asymmetrically, which is probably the most unique feature of the gown. It's very modern for its time and indicative of the late 20's/early 30's. The form that the gown is on in the photos is a little too high to see the effect of the train and the way it's cut at the bottom, but the photos of her in it show the effect.

It was designed by Rene Hubert who was her favorite designer. She actually introduced him to designing costumes for films, the first one he worked on was her "Madame Sans Genie" in 1925. He continued to design for all of her movies up until she went into semi-retirement from movie-making in the mid 30's. He then went on to become one of the most well known costume designers in Hollywood, creating great designs for many classic movies. Among them are "Curly Top", "That Hamilton Woman", "Heaven Can Wait," "Forever Amber", and "Desiree", which was one of the last movies he worked on and one of the great period costume movies ever made. Much like Walter Plunkett, he was known for designing great period pieces as well as modern day ones, which this Gloria Swanson gown so richly illustrates.


Here's the theme song written for the movie, performed by Leo Reisman and his Orchestra -