The movie was produced by Ross Hunter and directed by Douglas Sirk, and it has that glossy late 50's / early 60's look that Universal had at that time. Filmed in Technicolor, the sets, music, and costumes all reflect the era in an ultra-glamorous kind of way. Lana's "Portrait in Black" and "Madame X" have the same type of atmosphere, as well as other movies made at Universal and produced by Hunter such as "Pillow Talk" and "Back Street," and those directed by Sirk such as "Magnificent Obsession" and "Written on the Wind."

The costumes for "Imitation" were designed by the great Jean Louis. He was prolific in the 50's, designing cutting edge, high fashion style pieces for stars like Rita Hayworth, Judy Holliday, and Marilyn Monroe, all of whom he's identified with. He created Hayworth's famous "Gilda" gown, and the "Happy Birthday Mr. President" gown that Marilyn wore when she sang it to JFK. He also created Judy Garland's extensive wardrobe for "A Star is Born." He designed for many great Hollywood beauties and was married to one of the greatest, Loretta Young, for whom he designed for many years, most notably for her TV show.

Jean Louis also designed Lana's costumes for the previously mentioned "Portrait in Black" and "Madame X," and for all three movies his styles made her look elegant but alluring and even sexy at the same time. He had a knack for capturing a style that the character in the movie needed but that also flattered the actress playing the character, so that they always looked like a star. He gave actresses like Rita Hayworth and Judy Holliday a signature look which still makes them stand out today.


Ross Hunter, Lana Turner, and Jean Louis on the set of the movie... 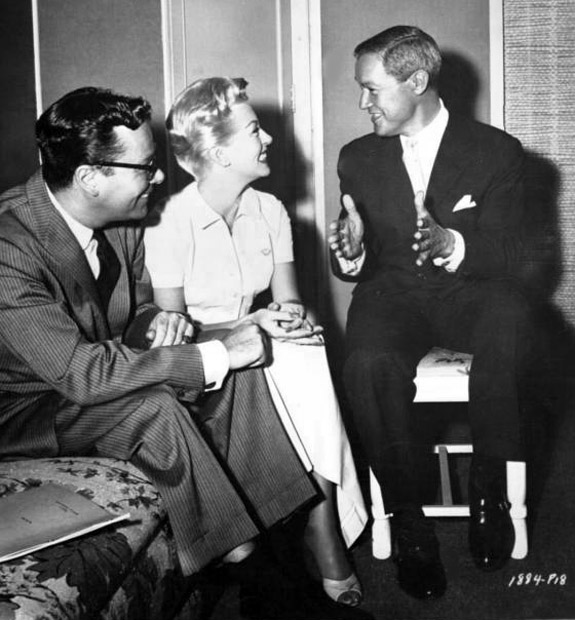 The jumper is unique and has a real classic Hollywood look to it. It's worn by Lana in a scene that takes place in the afternoon, when she comes down the stairs from her room to the bar in her house to talk with her daughter, played by Sandra Dee, and her boyfriend, played by John Gavin. She's become a big star at this point in the movie and always looks the part, so it's stylish yet casual at the same time since she's wearing it during the afternoon.


It's made of a tangerine orange raw silk with a satin line down each pant leg and matching bow at the end. Note the interesting cut of the neckline and shoulder area. It also has buttons down the back which, along with the cut of the piece itself, give it an elegant look.The matching belt is also made of the same color silk. It's a miracle that the belt has stayed with the costume all these years, because belts were typically used for other things and didn't necessarily stay with the original costume. The only extra piece she has on with it is a matching silk scarf that is looped behind the belt. 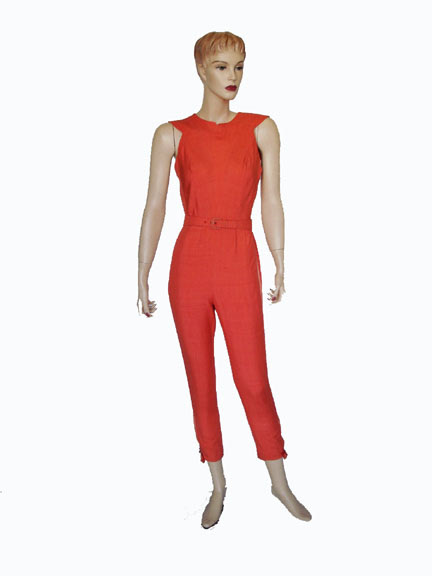 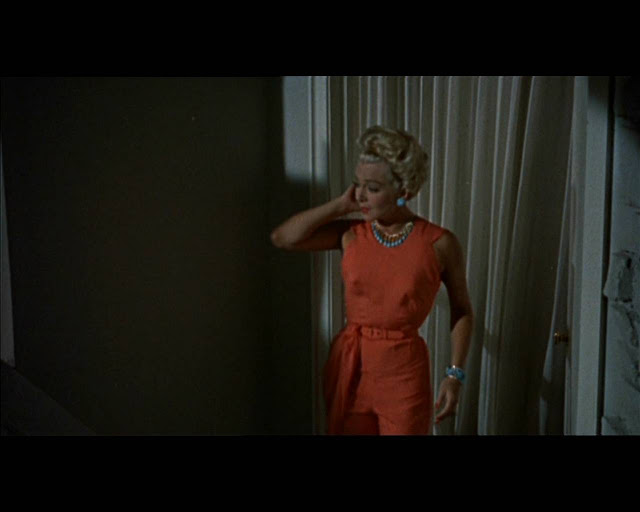 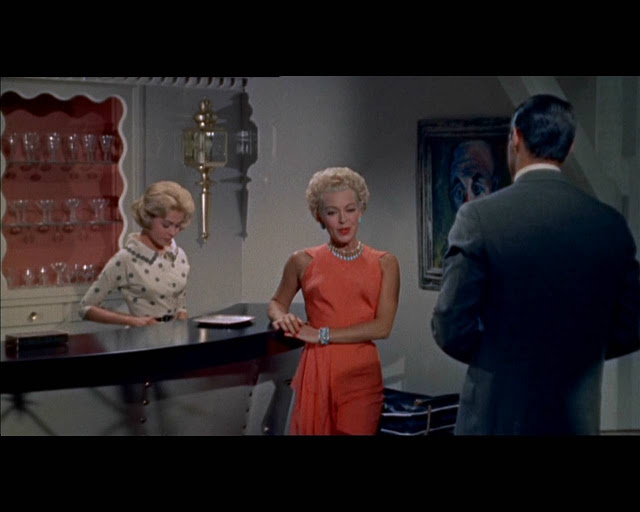 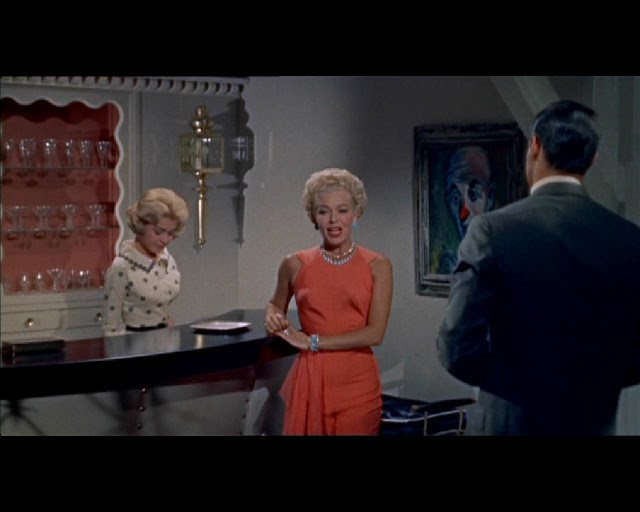 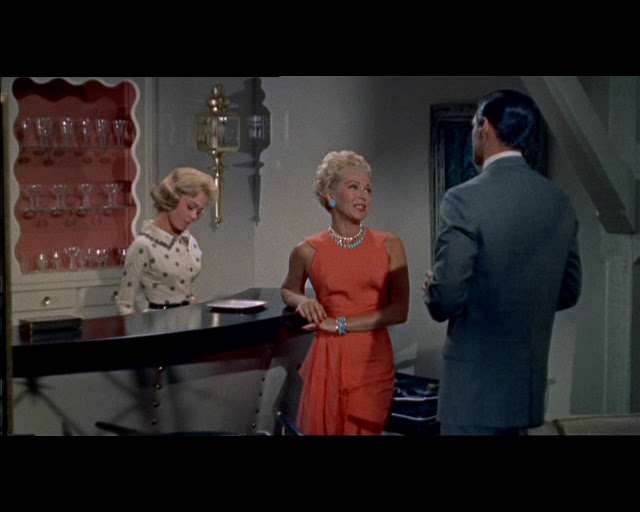 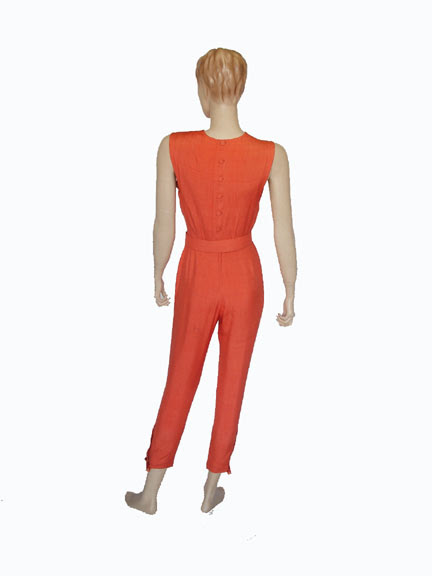 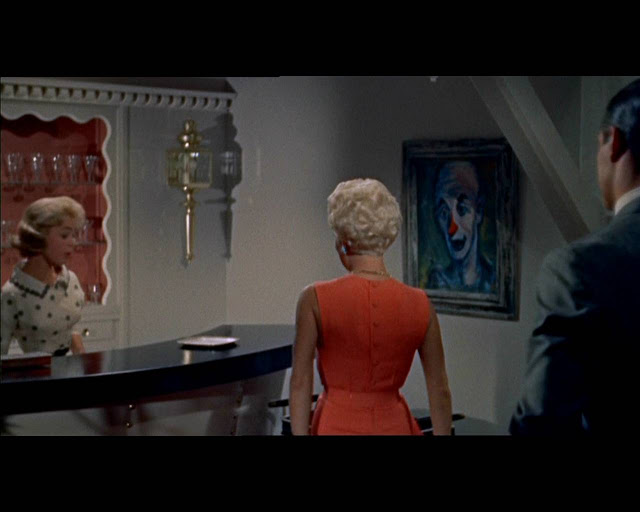 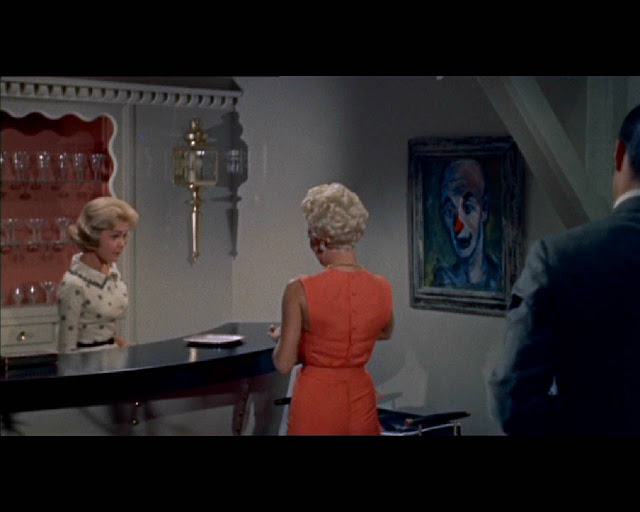 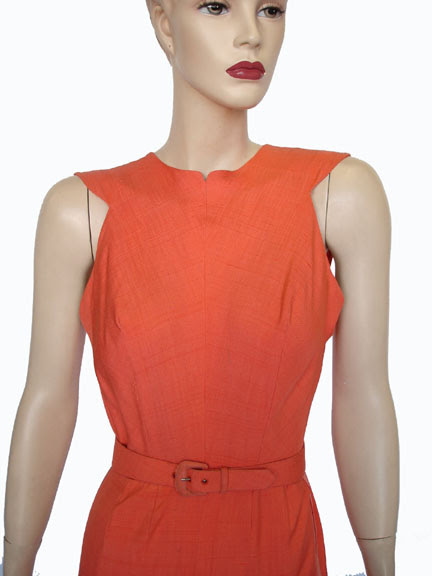 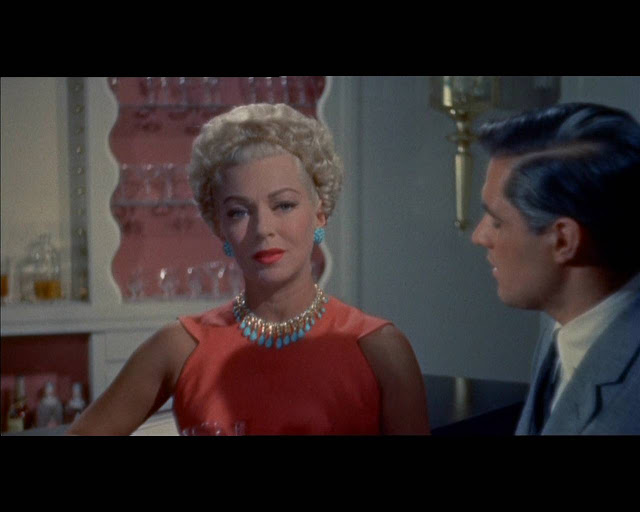 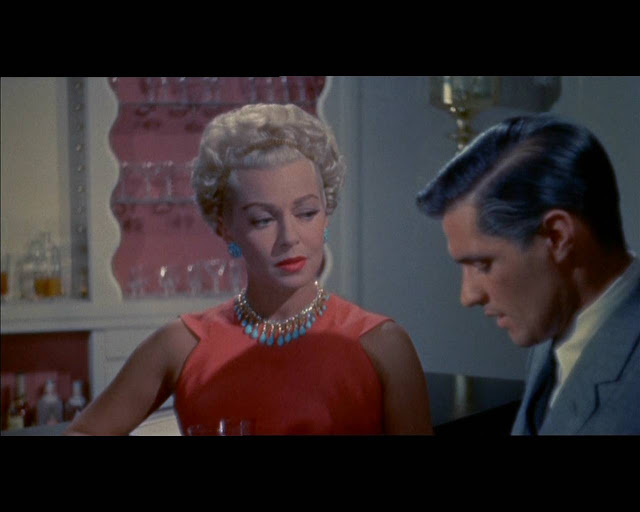 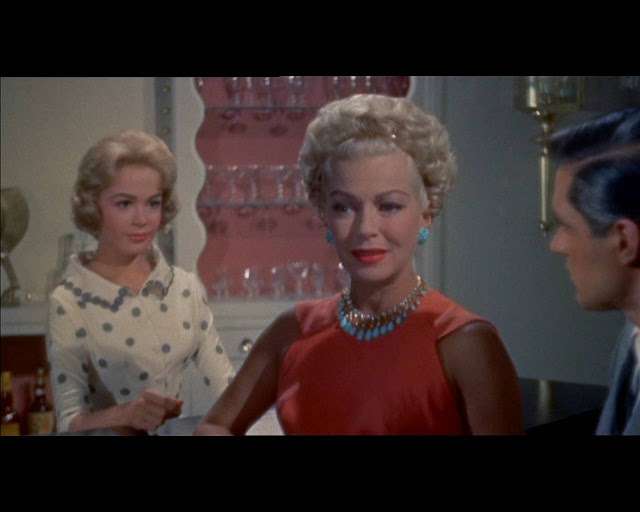 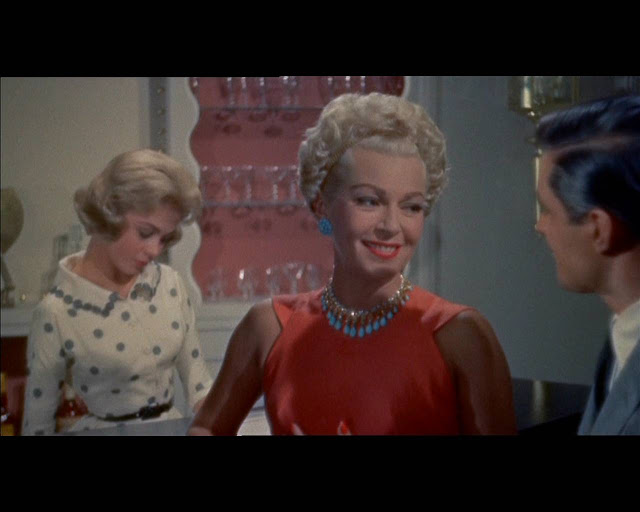 Detail of the pant leg - 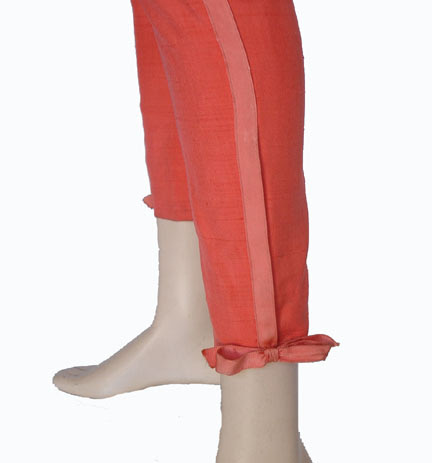 The studio label with her name - 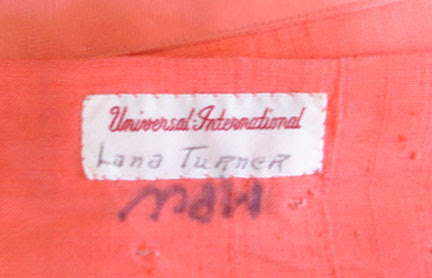 This label was used from the 50's into the early 60's at Universal Studios, when they had merged with International Pictures. I have yet to find out how the costumes were labeled at Universal before this, since I've never seen one of their labels from the 30's or 40's. Very few costumes from that period in their history have ever surfaced. I think the studio may still have many of them. At least I hope they do since it would be nice if they were preserved!