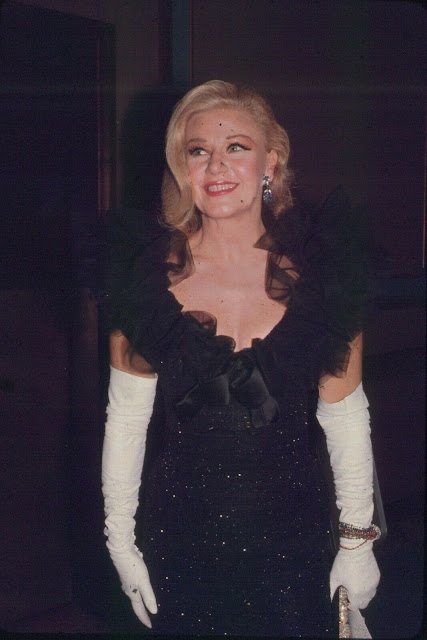 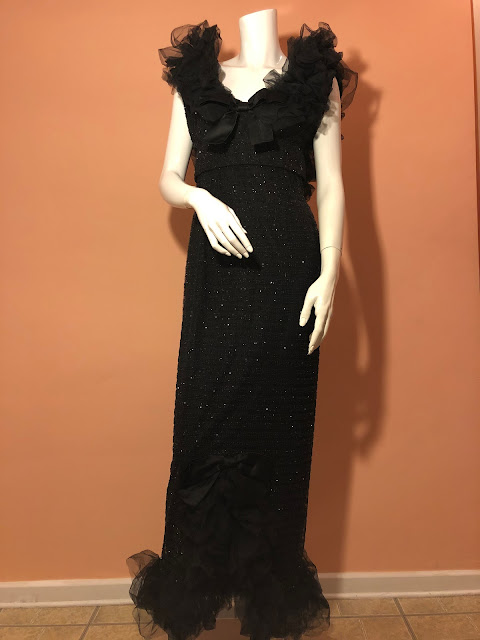 Ginger Rogers, undeniably one of the greatest stars of Hollywood's Golden Age. She could do it all, comedy, drama, sing, dance, and had a career lasting 6 decades, from the early 30's through the early 80's.

Her greatest decade was the 30's, when she first burst on the scene singing "We're in the Money" in pig latin in Busby Berkeley's "Gold Diggers of 1933." It was not long after that she teamed up with Fred Astaire to create some of the most beloved musicals of all time. Their incredible dancing, on screen chemistry, and original songs by the likes of the Gershwins, Irving Berlin, Jerome Kern, Dorothy Fields, etc, made for movie magic, with the Art Deco gloss that was 30's Hollywood thrown in. To this day you can't watch one of those movies and not feel good.

She also excelled at comedy, in movies like "Vivacious Lady," "Bachelor Mother," "Fifth Avenue Girl," and the classic comedy-drama "Stage Door" which has one of the greatest female casts ever assembled on screen.

In 1940 she won the Best Actress Oscar for her portrayal of a simple girl trying to navigate life in "Kitty Foyle." Another excellent drama from this time period is "Primrose Path" and the wartime drama "Tender Comrade."

Her career continued on a high note through the 40's, with the lavish "Lady in the Dark" as one of her best,  and in the 50's she excelled in the comedy "Monkey Business" and was truly sinister in the film noir "Black Widow."

She made fewer movies in the 60's and focused on stage, nightclub, and television work which she continued to do right through the 80's. She brought "Mame" to the London stage to great success and also toured with "Hello Dolly." Her nightclub act in the 70's and 80's played all of the major U.S. showrooms and even Radio City Music Hall.

In the early 90's she released her autobiography, and continued to do book signings and appearances before her passing in 1995. 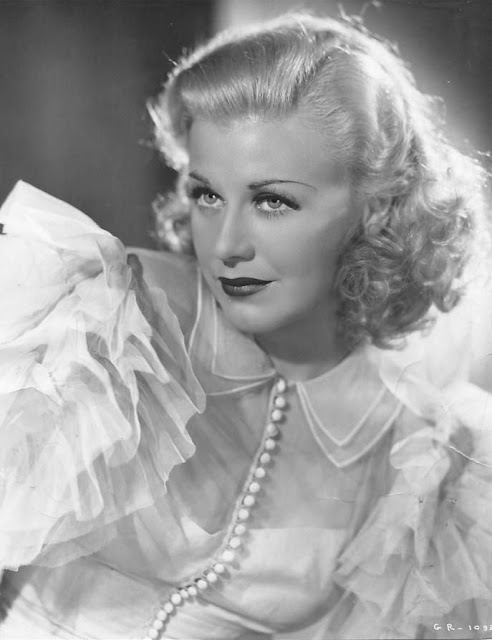 Ginger has always been one of my all time favorites since I was a kid. I fell in love with the Astaire/Rogers movies and continued to watch Ginger in just about everything she ever did. I'm fortunate to have a few things from her in the collection, and my favorite is probably this gown since it's just so stunning, and she looks so radiant in it. 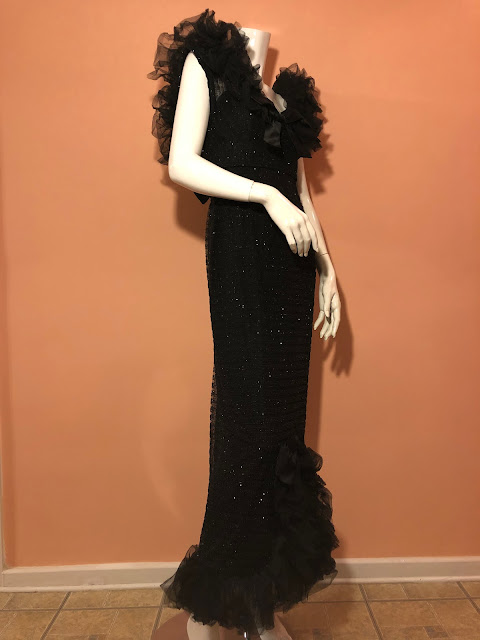 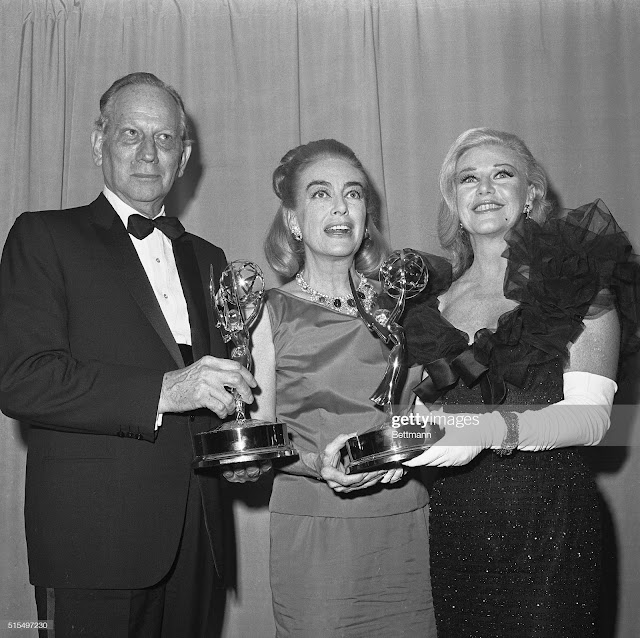 Ginger gave out the award for best actor and actress, which went to Alfred Lunt and Lynne Fontanne for their performances in Hallmark Hall of Fame's production of "The Magnificent Yankee" which was based on the life of Supreme Court justice Oliver Wendell Holmes. Joan Crawford and Melvyn Douglas collected the awards for the Lunts. It's great to see these Hollywood legends all together at the ceremony. 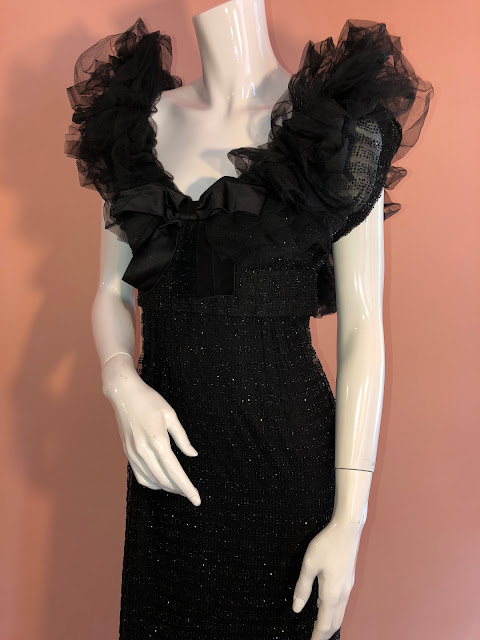 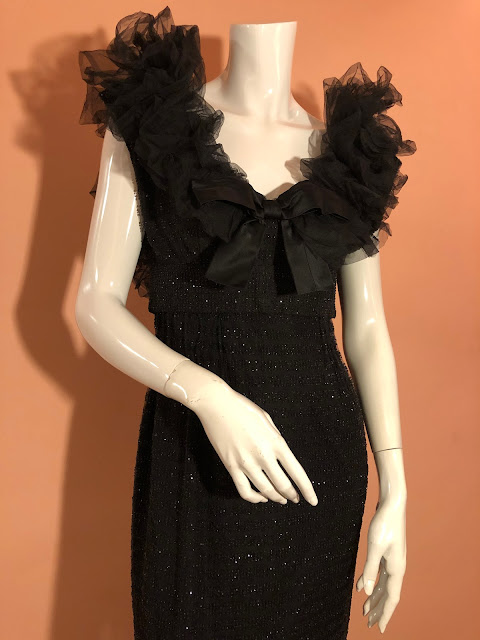 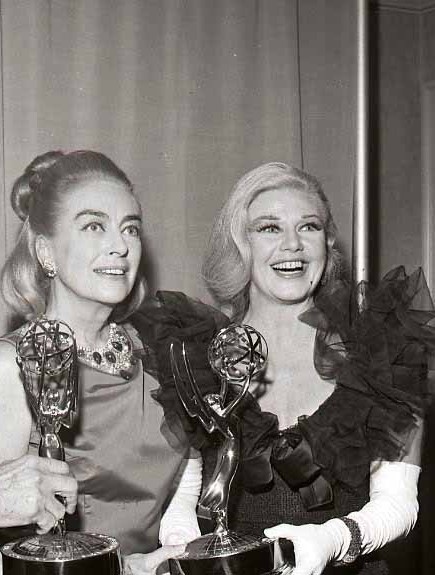 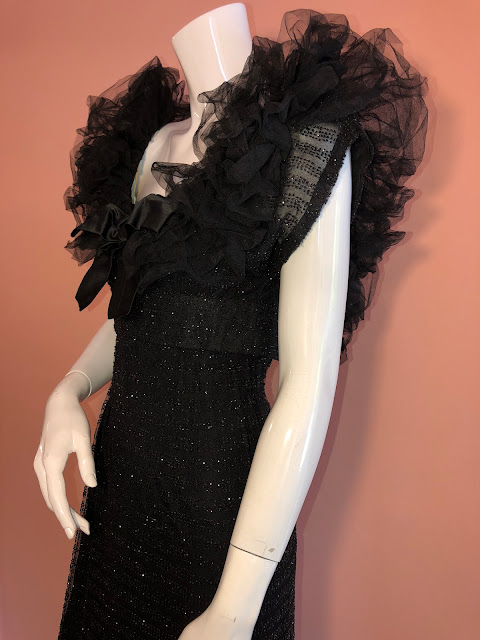 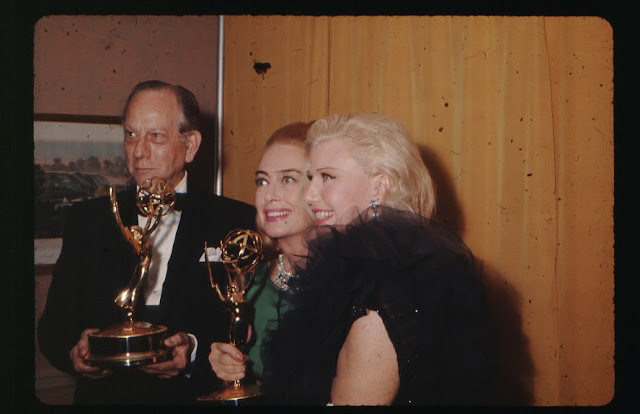 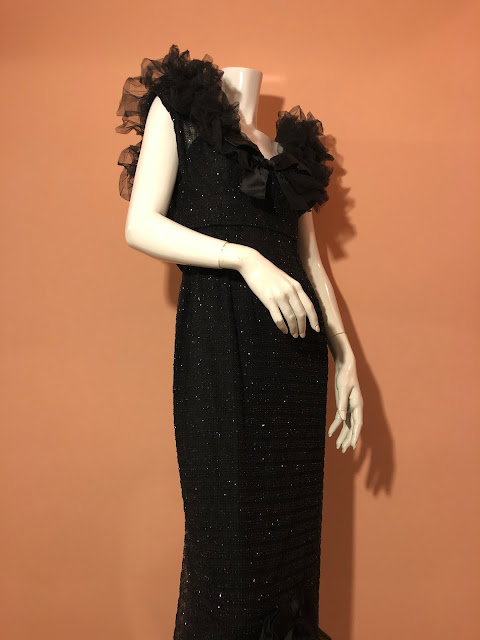 Here's a closer up image of the beadwork. All done in a stripe pattern, it's just so well made. I wish I knew who the designer is. It's unlabeled and she most likely had it custom made by one of the designers of that time. I'm thinking maybe Donfeld? It's a little early to be Mackie. And I'm just assuming it's a Hollywood designer. 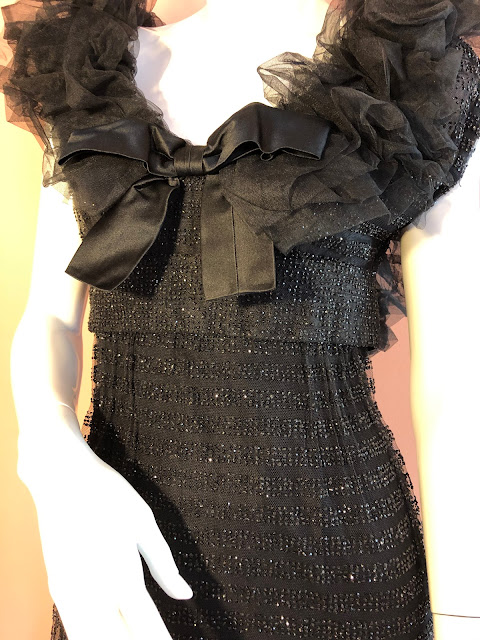 Thanks for checking out my small tribute to the great Ginger Rogers. Amazing how it's 2022 and she's still such a beloved star of Hollywood's classic era, and deservedly so.